A Tribute to Arthur Frackenpohl

With the sad news of the passing of Arthur Frackenpohl just a few days ago, Chuck wrote this tribute to a dear friend and colleague.

The Passing of Arthur Frackenpohl
– by Chuck Daellenbach

The Golden Age of Brass

Years ago, Gene Watts and I proclaimed this the “Golden Age of Brass.” The brass quintet had been formalized in the late 1940’s by the Chicago Brass Quintet but the medium required its message and vehicle. Our masterpiece repertoire project began, and brought the brass quintet onto the main stages of the world.

With the passing of renown composer-arranger Arthur Frackenpohl, the brass world lost the remaining writer of eight creative forces we feel were responsible for building a brass quintet repertoire that spans over four hundred works.

Arthur took the classical brass medium to heights previously only enjoyed by String Quartets and Orchestras. His adaptation of the Goldberg Variations saw the Canadian Brass win the prestigious Echo Award in Germany – how much he enjoyed seeing his reworking of the German masterpiece winning the highest classical award, and back in Germany, no less! He also created the Bach Art of the Fugue set for our Billboard Chart-topping CBS recording.

The confidence Arthur held amongst us and our record company became evident in the early 90’s when the Philips label agreed to let us record music of Richard Wagner with members of the Bayreuth Festival Orchestra, conducted by Edo de Waart. We never worried for a moment that Arthur would complete this project at anything but the highest artistic level. Of course, we could check notes prior to the recording, but the full result could not be evident until the full complement of musicians was actually present for the sessions themselves. Those first-time readings of Arthur’s Wagner For Brass vision sure took our breath away, on many levels. Looking back now and realizing the budget that was on the line, it becomes apparent how complete was our trust in Arthur’s abilities to deliver yet another masterpiece.

Arthur, you knocked it out of the park with every challenge we gave you. Together we shared such an “opportunity” approach for serving master composers while inspiring both the performers and our audience. Thank you.

You and your golden age colleagues helped open the doors for our wonderful present reality of new brass repertoire. There is not a music school in North America, for example, without a strong stable of arrangement-savvy students. Because of your tireless work, we are all in good hands. But you guys sure set the standard.

These are the eight men who have, through the generations, set the repertoire standard for Brass Quintet:

Their contributions to the brass world are massive. Your work will continue to warm hearts and help train brass artists for generations beyond measure.

You are deeply appreciated and dearly missed. You truly mark the Golden Age of Brass. 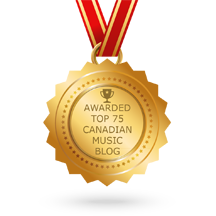